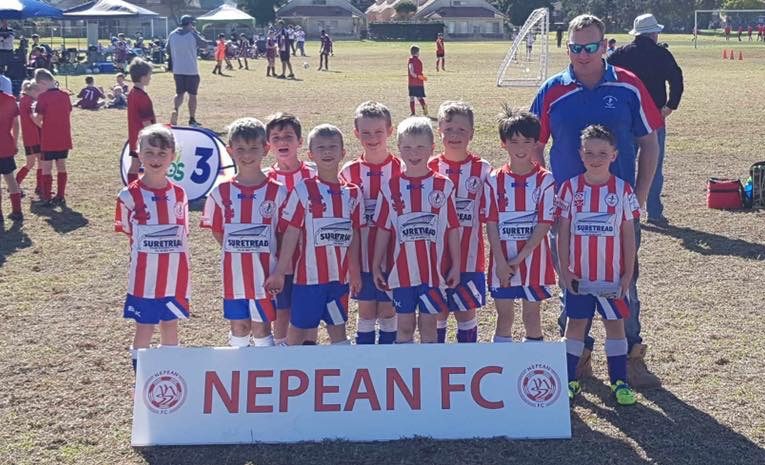 Teams from the Nepean Football Association and wider football community recently came together for a combined Under 8 and Under 9’s Gala Day at Cook Park in St Marys – The home grounds of Nepean FC, the host and representative club for the area.

It was a fantastic day out for families to watch their kids play with beautiful sunny weather that resisted the winter chills.

Teams from each club played three games of 7-a-side, lasting 40 minutes in duration.

Between the breaks, the ALDI MiniRoos Shooting Target organised by Football NSW’s Game Development Officer, Eraga Magotti presented the kids a chance to sharpen their skills in front of goal. While providing friends and family supporting on the sidelines with some light entertainment.

Nepean FC’s Financial Officer, Dominic Micallef was pleased with how the day unfolded.

“We’ve put together gala days for some of our younger ‘Grassroots’ players from the Nepean FA over the last couple of years and had some really good feedback. Everyone seems to have enjoyed themselves on the day.”

Looking to the future, Nepean FC are seeking to inspire the next generation to take up representative football.

“Nepean FC are trying to get our ‘Grassroots’ players involved in Rep. Football to try and show them what it is all about,” said Micallef.

“We have the Gala Days on the same day that we have (elite level) fixtures on our main field, so the younger players can come along and watch some of our teams play in the main stadium.”

With an optimistic outlook, Micallef reflected on the club’s ambition.

“Hopefully, this will encourage these players and parents to become a part of the Nepean FC family and begin the long road to becoming a professional footballer.”